The events of this week have been devastating for many of us, but for none so much as the family of George Floyd, the man killed by Minneapolis police last Monday. How are we to even grasp such horror, such suffering? And what are we, who hope and believe ourselves to be among the righteous, to do?
A few weeks ago I taught a Zoom class in Spirituality and Aging for students of my seminary alma mater, The Chaplaincy Institute, in Berkeley, California. I gave them several homework options I thought would be easy and fun to prepare for the class. One of them was to do an internet search for “paintings of elderly people” and to think and comment about what the images they found said about our society’s perspective on the elderly.

But it was the unfound images, the missing images, that proved to be the source of learning.

During the class, one student said she was upset to discover that when she Googled for paintings of the old, she found no images of minority members, specifically, no brown faces. I was surprised. If that was the case with my search, I hadn’t noticed. I hadn’t noticed because I am white, and I saw people who looked like me or my family members. 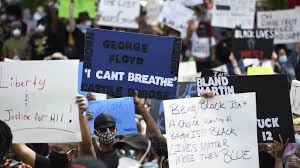 I filed the student’s observation away and might have forgotten it. But later I was doing a search for images to illustrate my recent blog about graduation and realized that I wasn’t seeing any minority faces among the legions of people in the pictures. Specifically, I wasn’t seeing any brown or black people. What the hell? Who puts these images in these image banks? Who takes these pictures? Who imagines that only white people graduate? Suddenly I understood— in my own small way, given my privilege as a white person—why the student had been so irritated. At its base, the missing images suggest to people of color, you don’t exist, especially not in this context.

I did eventually find a few images of black people, which for the most part didn’t fit my blog, but I finally located one picture of a little black boy in cap and gown that could properly suggest the kindergarten graduations I had referenced, and I used that image, as well as some non-specific graphic images.

I wrote to that student this week to tell her I appreciated that she had raised my consciousness. It was a small thing, our interaction and my ultimate learning from it. Nevertheless, it is these small shifts in perspective that must add up to the big changes we so desperately need in our society. Enough already. Black lives matter. We who are white and privileged must join this call, just as the righteous did in the 1960s for civil rights. What can I do to be an ally to people of color, especially black people, right now? I can donate to Black Lives Matter (blacklivesmatter.com), to a local black civil rights organization, to a historically black college or university. I can patronize black-owned local businesses. I can write to my local government officials, the mayor and city council, demanding that my local police department be re-trained in humane policing and that all dangerous restraint techniques such as have been used by police to kill black people are outlawed. I can do the same at the state level. I can write to my Congressional representatives demanding investigation of police violence against black people. I can call a black friend or neighbor and ask, “How are you?” and be a listening post for their anger and despair, should they need or want that. I can call myself out when I hear myself thinking or saying things that are biased against people of color. I can call other white people out when they do that in my presence.

I can learn how to be a good ally. This article from a Yale University magazine is a start:
https://reflections.yale.edu/article/future-race/becoming-trustworthy-white-allies.
As I’ve written before, Ezra Klein’s book, Why We Are Polarized, traces our history and demonstrates clearly that racism is at the core of our current split state. I highly recommend it. I’m now reading Jodi Picoult’s bestselling novel about racism, small great things. It was in her book that I found this:

Justice will not be served until those who are unaffected are as outraged as those who are.— Benjamin Franklin

A women’s group I run, which looks at our lives through the lens of myth and folklore, read an African-American tale in an anthology last year. That led us to decide to spend an entire eight-week session reading African and African-American folk tales, using The Annotated African American Folktales, by Henry Louis Gates Jr. and Maria Tatar, as our text. While that may sound insignificant (nice white ladies reading books about black folk, yay!), we agreed that our understanding of what it means to be African American had been altered significantly by those stories. These small steps toward opening our minds and hearts are going to make a difference, perhaps the biggest difference, when all is accounted for. 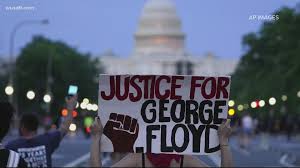 None of this will be enough. Not in our lifetimes. But we must begin somewhere. We cannot just let our despair wane, and our concern with it, after George Floyd’s senseless murder. We must not forget. Do something, however small, to start making a difference, today.